The Origins of Crypto 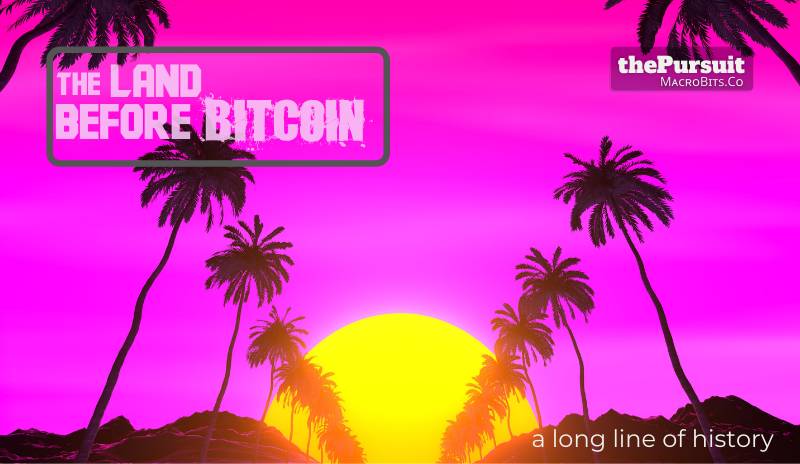 The Origins of Crypto

The Land Before Bitcoin

Rome wasn’t built in a day,

But.. it was among some of the most complex cities of it’s time.

Within them, a maze of features not understood by every person.

These structures, over time, have evolved with us - and with our computers too.

Amazing structures are being built digitally right now as well.

The entire cryptocurrency industry is a maze of decentralized projects that all lead back to Bitcoin.

When Satoshi Nakamoto released Bitcoin in 2009, few could have imagined where the industry would be just over a decade later.

And while Bitcoin was the impetus for almost every other blockchain-based project currently on the market, Bitcoin also.. wasn’t created in a day.

In fact, there are whole decades that led to the creation of Bitcoin. This history is important to understand in the context of how the cryptocurrency industry started, what it actually is, and where it might go from here.

A quick history of money

A long line of history

Therefore, to begin, we actually need to go back thousands of years to the origins of money.

The Very Quick History of Money.

From notches on a stick to tipping from a phone.

Money has a long and storied history.

It appears that the barter system — where two parties traded goods and/or services — preceded any universal form of money tens of thousands of years ago.

But the first major writings on the topic of money were by Aristotle around 350 BCE. The Greek philosopher spoke of assigning value to certain items and the need for trust in a monetary system. Trust in a currency was the only way that society could come to an agreement on what constituted money.

Early forms of money depended greatly on what was readily available in any given civilization.

‍Things like shells and beads were often used as forms of currency with which to barter and trade. Over time, commodities like barley and wheat were also used, which were eventually replaced by metals like copper and silver.

Ultimately, it was determined that the properties of sound money included:

Was Early Internet Open or Closed?

Turns out that AOL wasn't the best idea.. you know, controlling everything we see.

The internet burst onto the scene in the 1990s.

Known in a wide variety of industries.

This was thanks to America Online (AOL), an online service provider that offered internet connection directly to the homes of millions of Americans through dial-up service.

While AOL was providing a great service, it was doing so within a closed system, meaning, the company could control all content, media, and applications on the internet for its users.

At the time, this didn’t seem like a big deal, as users were just happy to have an internet connection at all.

But over time, it became clear that in order for the internet to reach its full potential, it would have to be unchained from the shackles of a closed platform like that of AOL.

Ultimately, broadband access to the internet superseded dial-up, and the closed system of AOL was seen as outdated compared to the vast expanse of the world wide web.

These things would eventually lead to the company’s downfall and a rise in the open internet.

The technologies utilized by Bitcoin were a result of cryptography.

While the internet and computing networks started to expand, so did cryptography.

Cryptography is the practice of securing communication and data through encryption.

Many of the technologies utilized by Bitcoin were a result of advancements in cryptography, allowing for information to be sent securely between parties while keeping the network secure.

The first of these innovations is what is known as cryptographic hash functions.

‍A hash function takes data and returns a hash value or fixed-size value of the input.

This is important because it allows large sets of data to be shrunken down and easily stored. It’s believed the first usage of hash functions in computing dates back to the 1950s at then-computer giant IBM. In the 1970s, cryptographers found a way to successfully encrypt hash values, thereby making them extremely secure.

This, as one academic paper puts it, was..

“a building block of a digital signature scheme.”

But with all of this cryptography, decentralized networks still needed a mechanism that required verifiers to act in accordance with the network.

This is where proof-of-work came in. It’s believed the term proof-of-work was first used in a paper released in 1999 (although it was clearly in the works earlier than this), which described how the function could serve as a security layer to computing networks.

Through these advancements in cryptography, this dream actually seemed attainable.

All This Led To Bitcoin’s Predecessors.

It's not a new idea after all.

Satoshi wasn’t the first person to see the value in a decentralized, digital form of currency.

In fact, there were several cryptocurrencies that came before Bitcoin.

And were used by Satoshi as the starting points.

One of the earliest known digital currencies, Digicash was actually founded in 1989. It’s founder David Chaum, created a form of money that used cryptography to anonymize transactions through an innovation known as Blind Signature Technology.

The project actually had some footing, and at one point the German banking giant Deutsche Bank agreed to launch a pilot program for the project.

But unfortunately, Chaum and Digicash ran into financial difficulties and declared bankruptcy, selling the company in 1998.

Also formulated as a proof-of-work cryptocurrency, Bit Gold was an important development in digital assets. It was hoped that Bit Gold would represent a digital store-of-value asset similar to gold, but doing so on a decentralized network with no one in control.

Because of how much Bitcoin took from the concept of Bit Gold, many people wonder if its founder, Nick Szabo, is actually Satoshi Nakamoto.

In 1997, cryptographer Adam Back designed HashCash as a proof-of-work cryptocurrency. It wasn’t a replacement to fiat currency per se, and instead was mostly used as an economic incentive to reduce email spam and DDoS attacks.

But the project was so influential that Satoshi referenced the cryptocurrency in his Bitcoin whitepaper:

“To implement a distributed timestamp server on a peer-to-peer basis, we will need to use a proof-of-work system similar to Adam Back's Hashcash.”

Ultimately, the project failed as a result of a slowing distributed network that couldn’t handle an influx of transactions.

The concept for B-Money was conceived in 1998 by software developer Wei Dai, and it’s clear that the idea was a precursor to Bitcoin. In the paper, Dai proposes a pseudonymous form of money for all:

“The protocol proposed in this article allows untraceable pseudonymous entities to cooperate with each other more efficiently, by providing them with a medium of exchange and a method of enforcing contracts. The protocol can probably be made more efficient and secure, but I hope this is a step toward making crypto-anarchy a practical as well as a theoretical possibility.”

Even though the project really never got off the ground, Satoshi still used Dai’s paper as a reference point for Bitcoin.

We mean actual decades of work.

The origin of Bitcoin can be traced all the way back to the origins of money itself.

But it wasn’t until the combination of the internet’s ability to digitize trade and advancements of cryptography that Bitcoin could really become a reality.

And while it might seem that Bitcoin was the originator of digital currency, Satoshi more so utilized previous innovations like Merkle trees and proof-of-work to create the world’s first successful cryptocurrency.

Should cryptographers and programmers like Nick Szabo, Adam Back, and Wei Dai receive some of the credit too?

The failures in their digital currency efforts allowed Satoshi to succeed.

Without them, Bitcoin would never have grown to become the global phenomenon it is today.

And the future of it all holds an even more uncertain future as web 3.0's age comes to life around us. Understanding the transition now will get you ahead of most crowds, you can start here if you'd like.

P.s.. Reading the original bitcoin emails is a great way to actually see how far we've come in Bitcoin and crypto.

What Satoshi had to say was years ahead of his time, and he knew it. Check it.

Next Article: Web 3.0 and Crypto 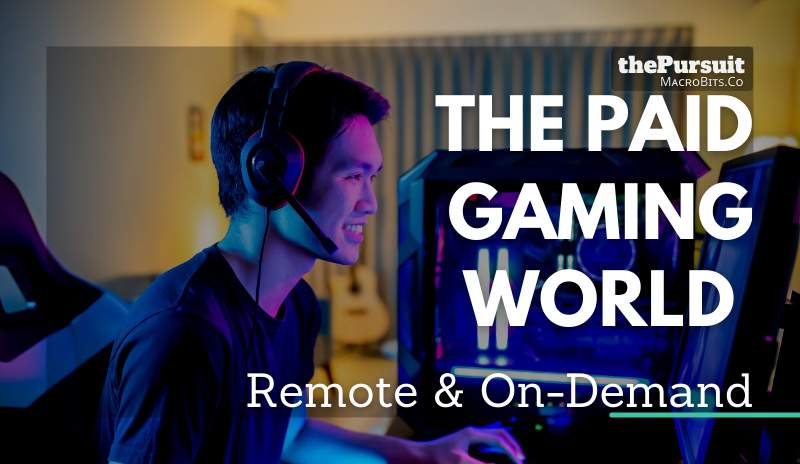